The C Bud represents an effective and least destructive large scale method for harvesting marine species from the seabed and opens for harvesting in areas where traditional methods have not been possible.

The C Bud is a tracked platform capable of harvesting benthic species in its full width, filtrating the bi-catch and putting this back instantly and unharmed to the seabed, before sending the harvested species directly to the vessel for further storage or processing.

The C Bud has proven itself to be just as effective as traditional seabed dredging yet being far gentler to both the harvested species, the bi-catch and the seabed.

The C Bud focuses on efficient and gentle harvesting with as minimal interaction with the seabed as possible and the C Bud represents the first true alternative to traditional methods as seabed dredging.

Key advantages for the C Bud: 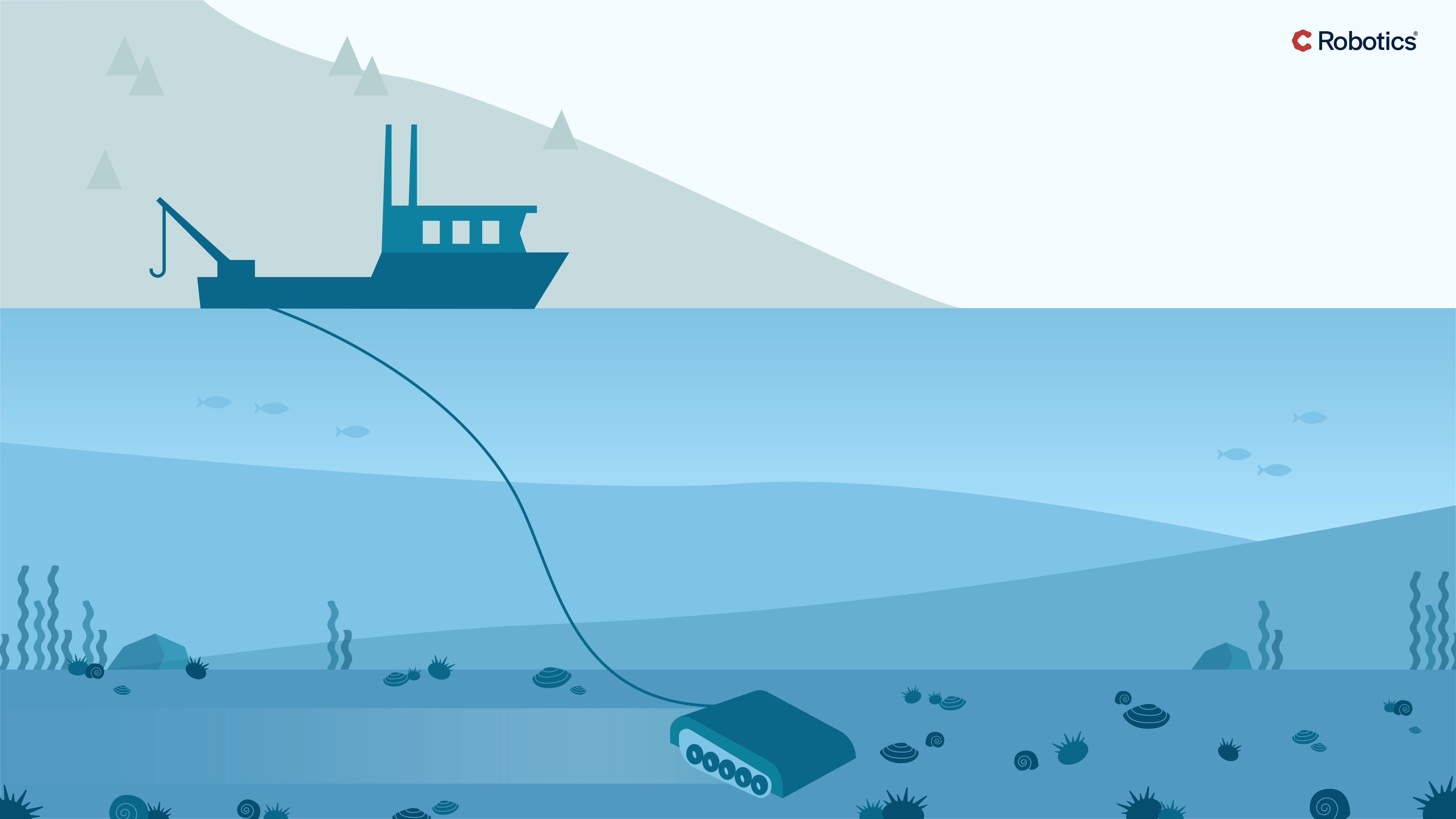 The C Bud is tested by Akvaplan-niva AS (Norwegian Institute for Water Research) and NOFIMA in Norway.

Highlights from the reports:

The C Bud is tested by Akvaplan-niva AS (Norwegian Institute for Water Research) and NOFIMA in Norway.

Highlights from the reports:
Statement from NOFIMA after test.

“The Harvesting Device” shows tremendous promise as a harvesting technology suitable for benthic invertebrate species (such as sea urchins, sea cucumbers, scallops) found on flat substrates. In addition, it has clearly demonstrated its suitability for providing a suction system capable of removing silt and sludge from the seafloor. This has tremendous application potential in sea-based aquaculture.”

“The Norwegian Directorate of Fisheries has granted a license to harvest Clamys Islandica (Island Scallops) to Safe Offshore AS. The license granted, is based on extensive testing and verification by independent surveyors regarding the C Buds non-destructive and sustainable harvesting method.”

To the C Disc™